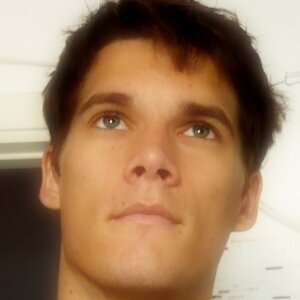 Bio: I'm 23 years old. I've lived my childhood in a cottage in the mountains, with solar panels for electricity, no television nor phone, and I had to walk 40 minutes to get to the car. Still somehow I got passionate about technology, free software and programming, as soon as I got a computer, when I was about 16. I've always been a logical person, and pretty good at thinking logically, at least compared to the people who surround me. The first programming language I learned was perl, which I loved, although later I wrote most of my code in C/C++. I think it was about three years ago that I first came across ruby, it was love at first sight. It has mostly been a toy language for me, I used it to write little scripts and to play around, until very recently when I managed to use it for something a little bigger in a (the code is still a little unpolished). Very recently I also started looking at Rails, to know what all the buzz is about.

I'm a Linux user since 6 years, I've always been interested in the free software philosophy and community. I'm the maintainer of KNetWalk and KBreakOut, two games part of KDEGames.

My hobbies are grassroots politics, reading, philosophy, and of course programming.